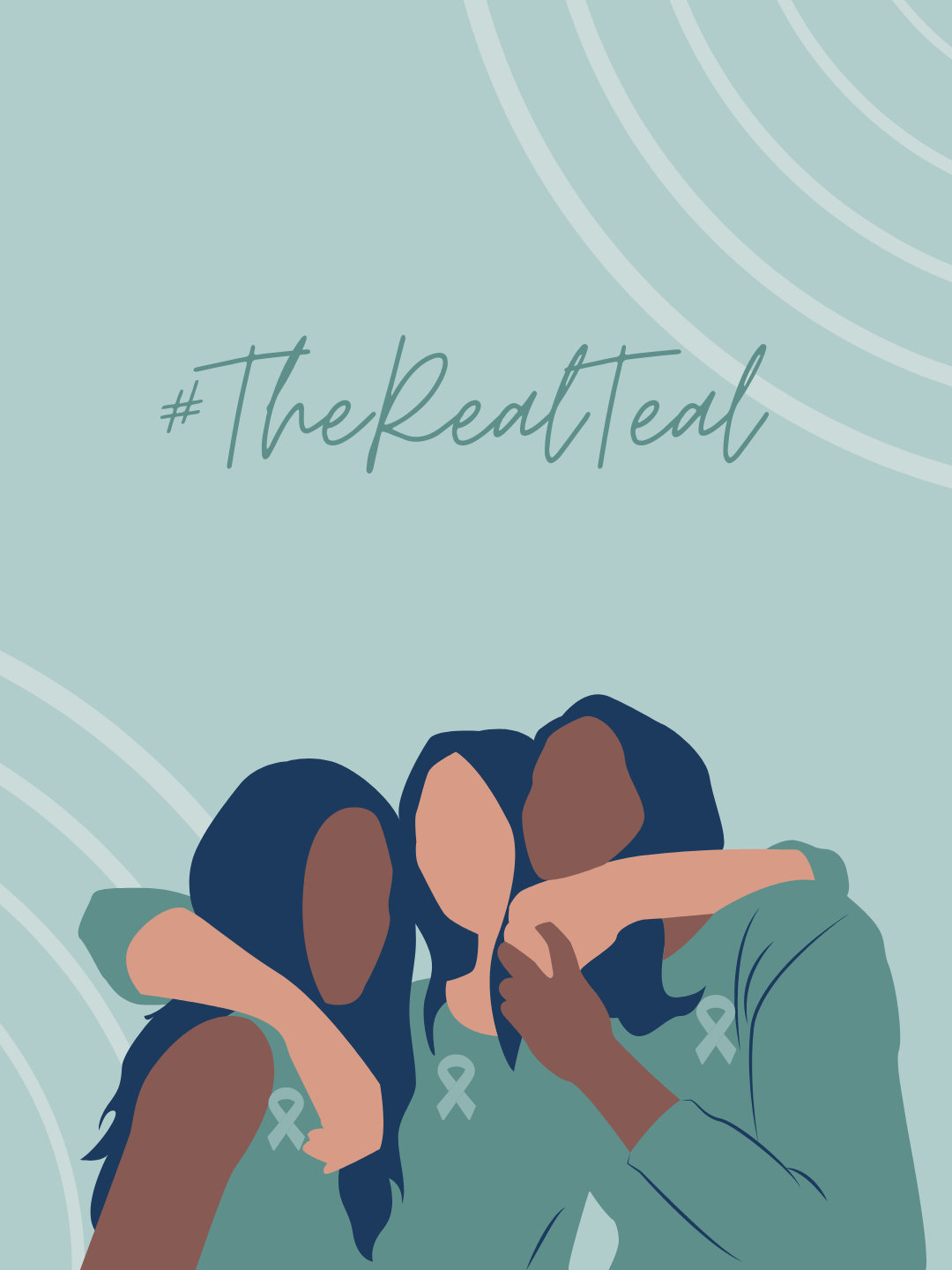 7 months ago by The Peak Editors • 5 min read

In honor of gynecological cancer awareness month, various community members took to social media to turn September teal. From sharing stories, important signs and symptoms, to starting tough conversations and the need for more resources – here's what they want you to know.

I was first diagnosed with ovarian cancer at the young age of 11 years old.
I had one ovary removed, along with multiple other surgeries, and went through six months of vigorous cancer treatment.

I was so young … I remember the day I was sent to the ER. I was actually getting X-rays for my knees because I have a knee condition. My mom put her hand on my stomach and it was protruding (I was a skinny little kid so this was quite strange) She called the doctors in and they immediately sent me to the ER.

I remember being confused about what was going on. My parents tried to hide it from me for a bit which didn’t necessarily make sense since I was having all these surgeries, scans and whatnot. When they finally told me, my response was, "Well if I’m alive then I’m fine” and that’s basically been my motto ever since.

I’ve never let cancer slow me down or stop me from living, and I don’t intend on changing that anytime soon.

About 11 years later, I was diagnosed with breast cancer at 22. I had just graduated college. I had genetic testing done and found out I have a rare mutation call TP53 otherwise known as Li Fraumeni syndrome (which basically means my tumor suppressing gene is broken)

I most recently was diagnosed with lung cancer about only two months ago now. Luckily we found it quite early — I had a segmentectomy (removed pieces of my lung along with the tumor) and don’t need treatment

My hope is that gynecologic and ovarian cancers are spoken about more. Breast cancer is one of the most talked about cancers … everyone is incredibly aware about it, but gynecologic cancers don’t get as much attention — and they are usually more difficult to diagnose. Get tested everyone and stay on top of your Pap smears, blood work, and scans.

RELATED: GYN Cancer Organizations to Support in September and Beyond

After my Cervical cancer diagnosis in 2018 I went into a pretty dark shame spiral. It was confirmed early on that HPV had in fact caused my cancer. I spent months berating and judging myself for every sexual choice I made in my 20’s and early 30’s. I felt deep shame every time I told someone what my diagnosis was and assumed they immediately judged me for bringing this on myself.

But here’s the thing — HPV is the most common STI. According to the CDC, HPV is so common that almost EVERY person who is sexually active will get HPV in their lifetime. Most who have HPV do not know they are infected or ever develop symptoms.

I had one of the known cancer causing types. When I was in my awkward middle school years, the HPV vaccine that exists today didn’t exist. Think you’re too old for the HPV vaccine? First: Check with your doctor as it is now approved for males and females up to age 45. Second: Schedule your Pap smear. No one loves a Pap smear, but it can save your life.

I’m past the shame I felt in the early months after my diagnosis.

I live a life filled with tremendous joy, love and support from my person, friends and family, and can now use my voice to raise awareness about a cancer that is the 4th most common type among women globally and that’s largely PREVENTABLE.

(I appreciate that I was ahead of the trend in rocking #therealteal.)

RELATED: The Real Tea on HPV

I was 24 when I was diagnosed with stage 2B germ cell ovarian cancer. At 24 with no genetic predisposition and no family history of ovarian cancer, my world was turned completely upside down when I was told I had cancer. At the time I barely understood the gravity of how quickly I was forced to abandon my youth. I made the decision to go through an egg freeze (facing my injection phobia up to four times a day), a right salpingo-oophrecromy, 19 rounds of aggressive BEP chemo in the chest and shaving my head all within days of hearing I had a very fast-growing, aggressive form of germ cell cancer … all at 24.

I saw my OB-GYN for my annual appointment days before I was admitted to the ER for emergency surgery. I told her I had some pain in my pelvic area but she assured me it was nothing. That same week my tumor ruptured and caused internal bleeding, and then we learned the pain I’d felt was far from nothing.

I’ve been cancer free since October 2017, and while I’ve learned a lot since then, if there’s any advice I can pass on it’s to trust yourself.

If something doesn’t feel right, get checked out. Demand the ultrasound, the conversation, the time.

Awareness, self advocacy, and early detection are key, and you have nothing to lose by asking and knowing for sure.

When I was 31, I had been married less than two years and we were trying earnestly to have children. That is why they found it. I was told on repeat it can’t be cancer, it won’t be cancer, you have no family history. But of course it was cancer.

My tumor was tiny, incapsulated in a 7 cm cyst and wouldn’t have been found if we hadn’t been trying to have children. I don’t remember the exact day the doctor called to tell me it was malignant but they got it all and I didn’t need treatment.

But I remember September 29th, 2011 because that was my first scan. I remember thinking so clearly okay we will do all these uncomfortable tests but by the time the holidays comes around it will be figured out. But it wasn’t. Figuring it out took 4 surgeries, the last one being my elective hysterectomy last year.

I learned time and again how important it is to be your own advocate.

I have thought a lot about what I want my “take away” message to be. Because my cancer path was different, because my type of tumor is like a 1 percent kind of thing it’s easy to feel alone. And that is what I want anyone reading this that might feel alone for whatever reason to know: You’re not alone, everyones story is unique and you matter.

I know making it to the 10 year point is huge and I am so grateful for that. 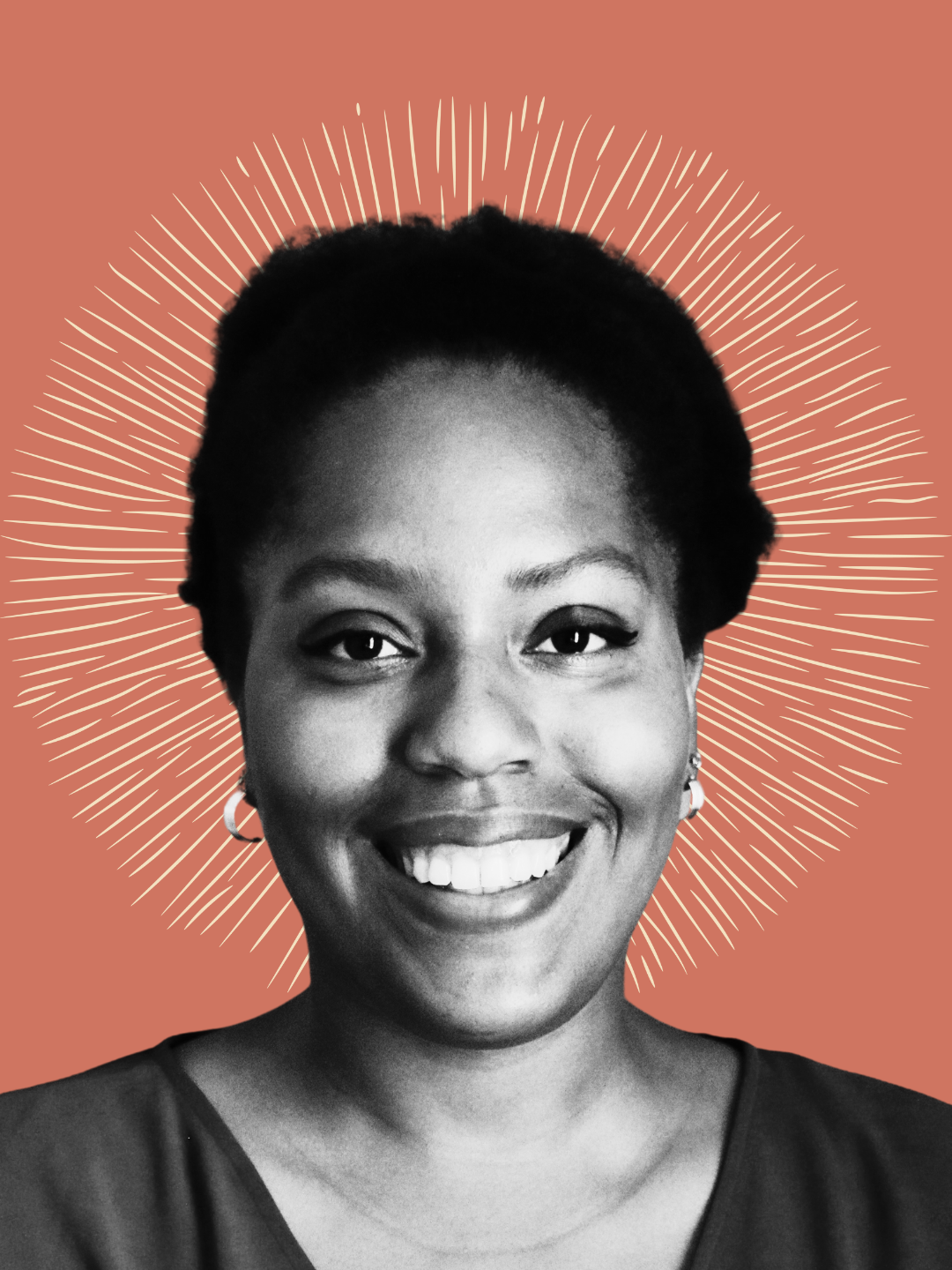 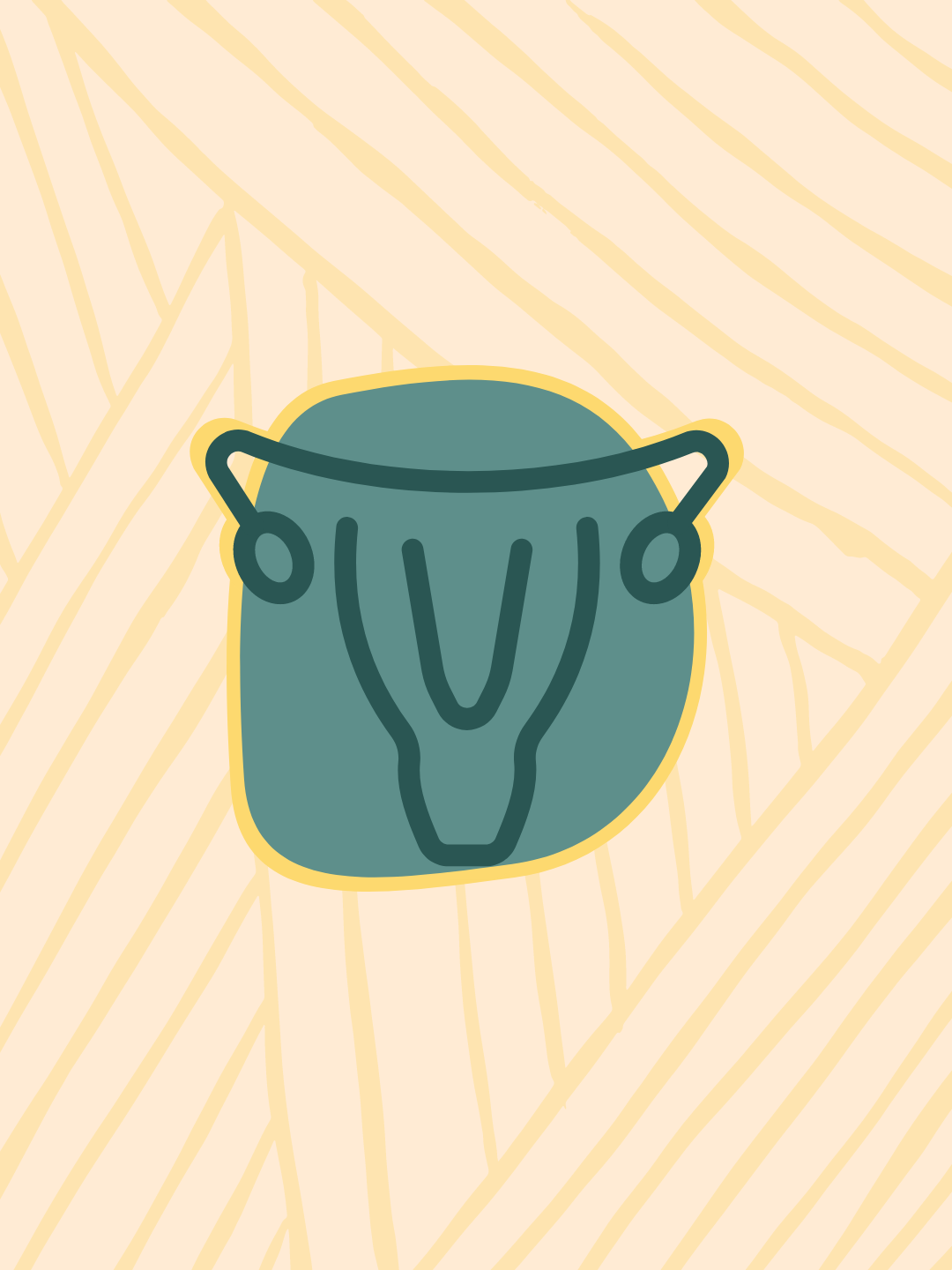 10 Tips to Prepare for Your Upcoming GYN Surgery 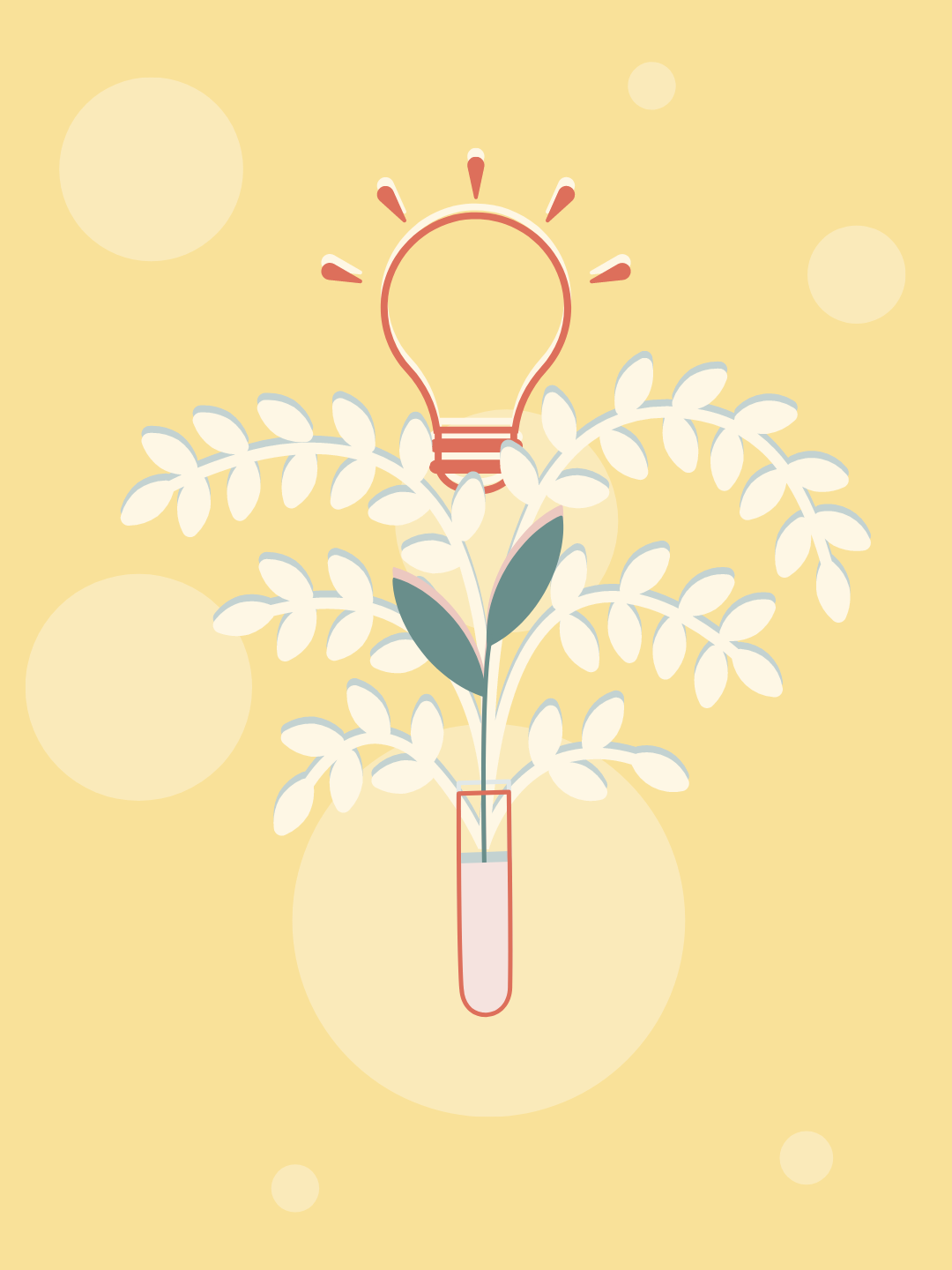 6 Things That are Helping Me Heal 6 Months Post Mastectomy 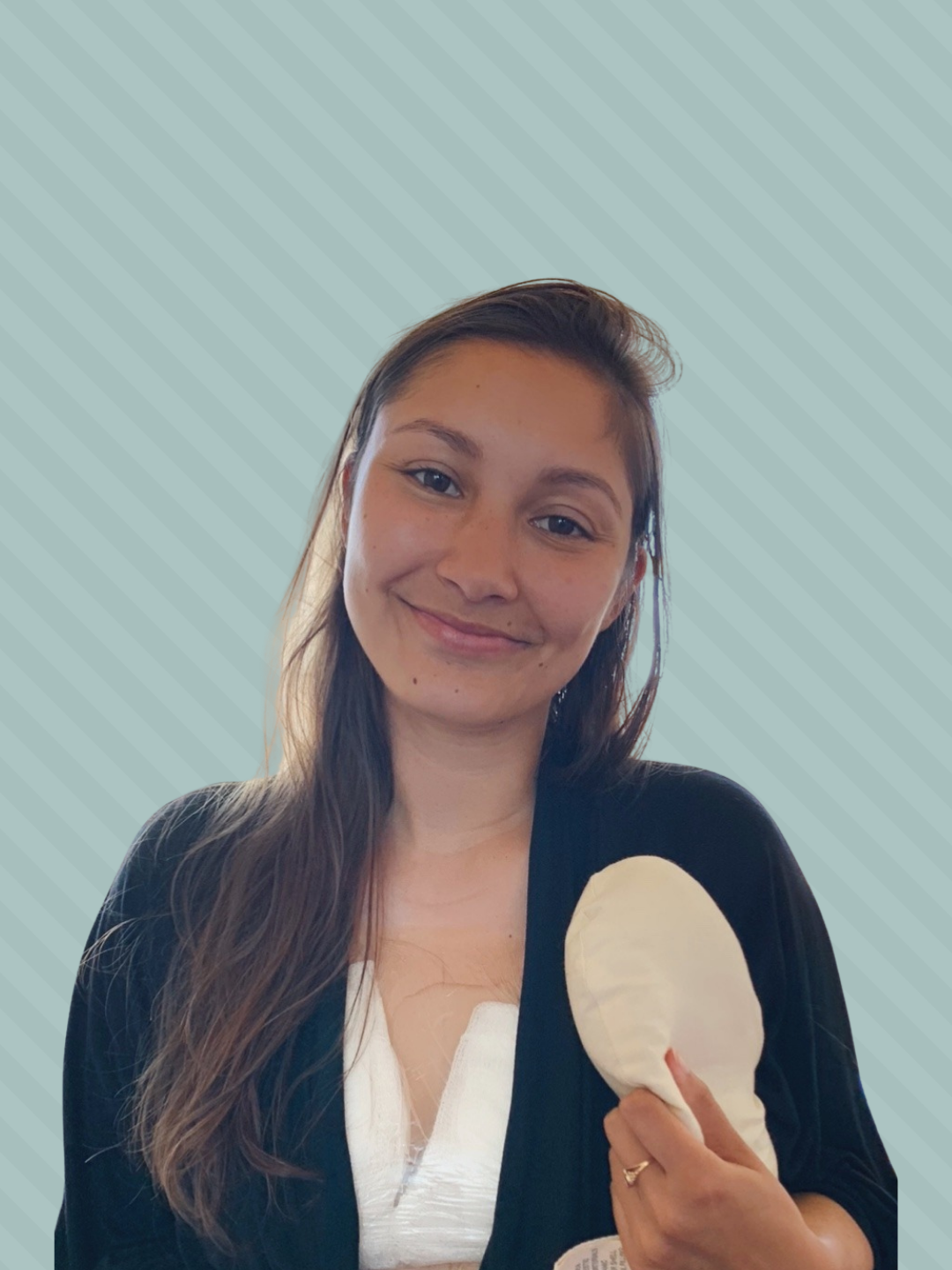